The Future of Storytelling Is a Bright, Shiny Object 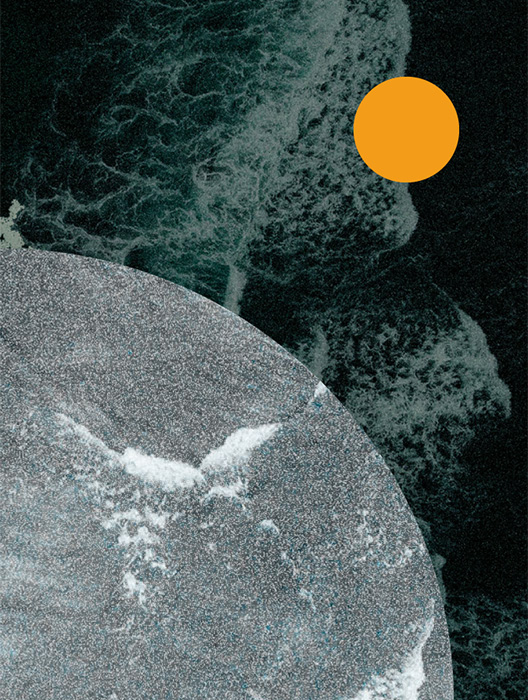 In 2013, during the 85th annual Academy Awards, I took part in a social media war room. A small team of scrappy copywriters were set up to tweet on behalf of Oscar Mayer (in real time!) about the ceremony unfolding. We wanted potential consumers to engage with their favorite CPG product as the Best Picture and Best Set Design results were revealed. The people behind the world’s most iconic phallus-on-wheels were now getting into the business of cultural commentary.

This wasn’t a new idea. Three weeks prior, a tweet from Oreo, another client at the agency, was catapulted into virality during the Super Bowl. After the power went out in Mercedes-Benz Superdome, postponing the game for 34 minutes, Oreo tweeted, “You can still dunk in the dark.” The tweet’s success exploded across industry trades and feeds, and the practice of live tweeting major cultural events became the norm. It didn’t matter if you made brake pads, ice cream, or cylindrical meats … brand marketers wanted a war room to capitalize on the exciting new world of social media.

Though many deemed it a paradigm shift in advertising, any creative who participated in one of these early war rooms will say the same thing: It was a period filled with vapid ideas and copycat executions. That lament is emblematic of a much larger issue within our industry. Our obsession with new formats, platforms, and trends—and the rat race to capitalize on them—often comes at the expense of good ideas.

We are an industry easily consumed by new bright, shiny objects. Some of these “objects” are fleeting (what’s your Vine strategy?). Some are stuck in a nascent state (have you done any VR executions?). Others have indeed reshaped the media landscape (Facebook, Twitter, Instagram, podcasting). We’re right to be focused on them; we’re in the business of telling stories on behalf of brands, and it’s our responsibility to understand how those stories reach people. But with every bright, shiny object—a new social platform, a new video format, a new technology—we somehow devolve into prioritizing the object over the idea.

“Good ideas, which I think of as synonymous with ‘good stories,’ are format agnostic.”

The irony is that all this chaos usually starts with a truly breakthrough campaign. For example, Lockheed Martin had an idea to inspire a new class of engineers by bringing STEM students into an immersive exploration of space. To do it, they created the first group VR experience with Field Trip to Mars. In another, Burger King drove downloads to its new app by flipping a traditional incentive offer on its head while playfully trolling a competitor. It introduced Whopper Detour and used geofencing technology that allowed people to order a Whopper for $0.01 … only when within 600 feet of a McDonald’s.

These were best-in-class ideas, and the subsequent praise, success, and press pickup is proof of that. But their success, and the success of similar campaigns, also sends fear and rabid envy into the minds of marketers everywhere. In short, the mantra becomes, “We need one of those, quickly, because that’s the future of storytelling!” When trying to replicate “one of those”—Lockheed Martin’s use of VR, Burger King’s use of geofencing—marketers tend to focus on the format of the execution instead of the underlying idea. That leads to way-too-early-in-the-process refrains like, “We should do a VR thing. What about a geofencing idea? I know the target is into gaming … what about a Twitch partnership?” All this, before an actual concept is considered.

Good ideas, which I think of as synonymous with “good stories,” are format agnostic. They might take shape as a documentary film, a scripted spot, a VR execution, or something entirely different. And if truly great, they’ll find success in any of those formats. But they don’t start with considering the medium; they start with considering the message and the story. They start by checking the boxes of any good narrative: Is there a clear premise? Is there tension? Are there enemies and heroes? Is there emotion? Is there inherent value for the viewer, reader, listener, or visitor? These are old principles—at play in everything from the Old Testament to Apple’s 1984 ad—but they work. And they produce far more effective campaigns and, frankly, yield far better uses of whatever new platform or technology you utilize.

When putting this piece together, I went back to look at some of those Oscar Mayer tweets from the 2013 Academy Awards. Honestly, I’m impressed by the mileage we got out of “Oscar” puns. But still, when looking at that thread of tweets, it’s obvious there is no there there. No story. No tension. No reason for a hot dog to even comment on Argo winning Best Picture. But maybe there could have been. Maybe there is some brilliant idea out there that warrants such an absurd execution. Unfortunately, we were too consumed with building out our social media war room to ever take a step back and find it.

Then again, maybe we should have just done something with VR.

Jeremy Elias is the executive creative director and head of Atlantic Re:think. In 2018, he was awarded Content Marketer of the Year by Digiday, and over his more than 10-year career, his work has been recognized by various awards, which include Cannes Lions, The One Show, Webby Awards, Effie Awards, Shorty Awards, Adweek Arc Awards, Folio Awards, and more. His breadth of work spans video, experiential, web development, radio, and print, and his client experience is across nearly every category.